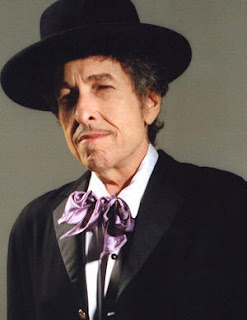 Bob Dylan, the singer-songwriter who has taken his fans down Highway 61 by way of Lonely Avenue and Desolation Row, is in negotiations to voice a satellite navigation system. The music star claimed that he has been approached by more than one manufacturer keen to harness his unmistakeable, rasping tones - a voice which one critic memorably likened to sandpaper. He shared the news with listeners to his late-night radio show, Theme Time Radio Hour, which is broadcast on BBC Six Music. “You know I don’t usually like to tell people what I’m doing, but I’m talking to a couple of car companies about the possibility of being the voice of their GPS system,” he disclosed. Motorists who follow Dylan’s directions, however, may take some time to reach their destination. “I think it would be good if you are looking for directions and you heard my voice saying something like, ‘Left at the next street.... No, right... You know what? Just go straight." He added: "I probably shouldn’t do it because whichever way I go, I always end up at one place - Lonely Avenue.” Dylan, 66, would not be the first celebrity to lend his voice to a GPS system. TomTom, the sat-nav manufacturer, currently offers the voices of Homer Simpson and John Cleese, while Kim Cattrall, the Sex and the City actress, and The A Team actor Mr T are also popular among British motorists. Several websites offer impersonations of celebrity voices for download, with Sean Connery, Ozzy Osbourne and David Hasselhoff among the favourites for drivers who consider the computerised sat-nav tones to be on the boring side. Eddie Izzard, the comedian, offers his own set of directions, which include phrases such as: “For God’s sake, turn left!” and “Bear left, monkey right.” This would not be Dylan’s first foray into the commercial world. Earlier this year, he surprised many of his fans by allowing his music to be used in a television advert. Blowin’ In The Wind, his 1963 anthem, was featured in a commercial for the Co-operative Group. The singer, who has sold more than 70 million albums during his career, recently topped the UK chart with his latest album, Together Thru Life.